Welcome to the website of St. Martin in the Wall Church!

We have the pleasure to inform you about the 30th Prague Advent and Christmas Choral Festival, which has been traditionally organised in one Advent weekends in Prague.
Friday 2nd December 2022,  11.00 a.m. – 3.35 p.m., St. Martin in the Wall Church 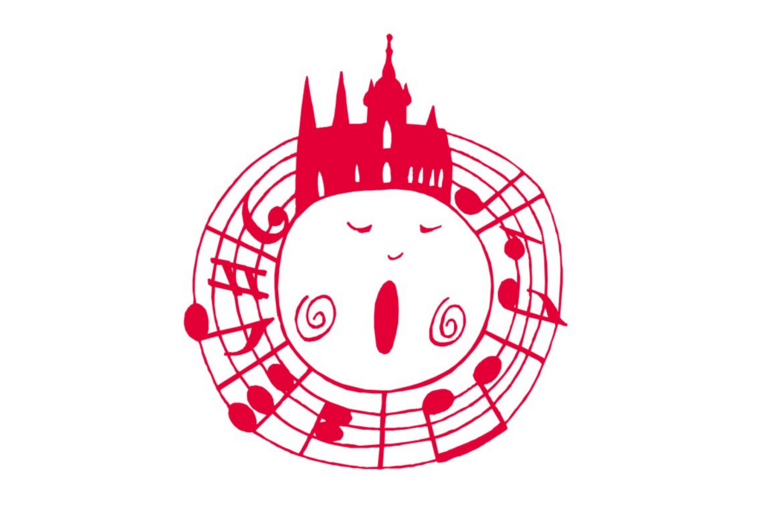 The festival is the oldest and most traditional Festival of Advent and Christmas music in Europe. The festival takes place under the auspices of the City of Prague. The festival is open for the following amateur choirs: male, female, mixed and children´s choirs.

The main festival part is a contest but there is also a not competitive category for those choirs, which wish to perform outside the contest and their singing won´t be evaluated. Competing choirs are supposed to prepare a contest programme of Advent and Christmas music according to their own choice either a cappella or with instrumental accompaniment.

The competition will be evaluated by an expert jury selected by the organisers and consisting of outstanding figures of Czech as well as foreign choral music, according to the following criteria:
a) choice of compositions and programme structure
b) technical level of interpretation
c) general artistic impression

As a part of the festival programme there will be common singing of all participating choirs at the historic Old Town Square, where Christmas and Advent songs and also a composition by Prof. Petr Eben, composed specially for this occasion, will be sung.

The organizer of the Festival is the Organizational and Festival Agency OR-FEA Prague.

The festival has been taking place under the auspices of the City of Prague.

Free entrance to all festival events. 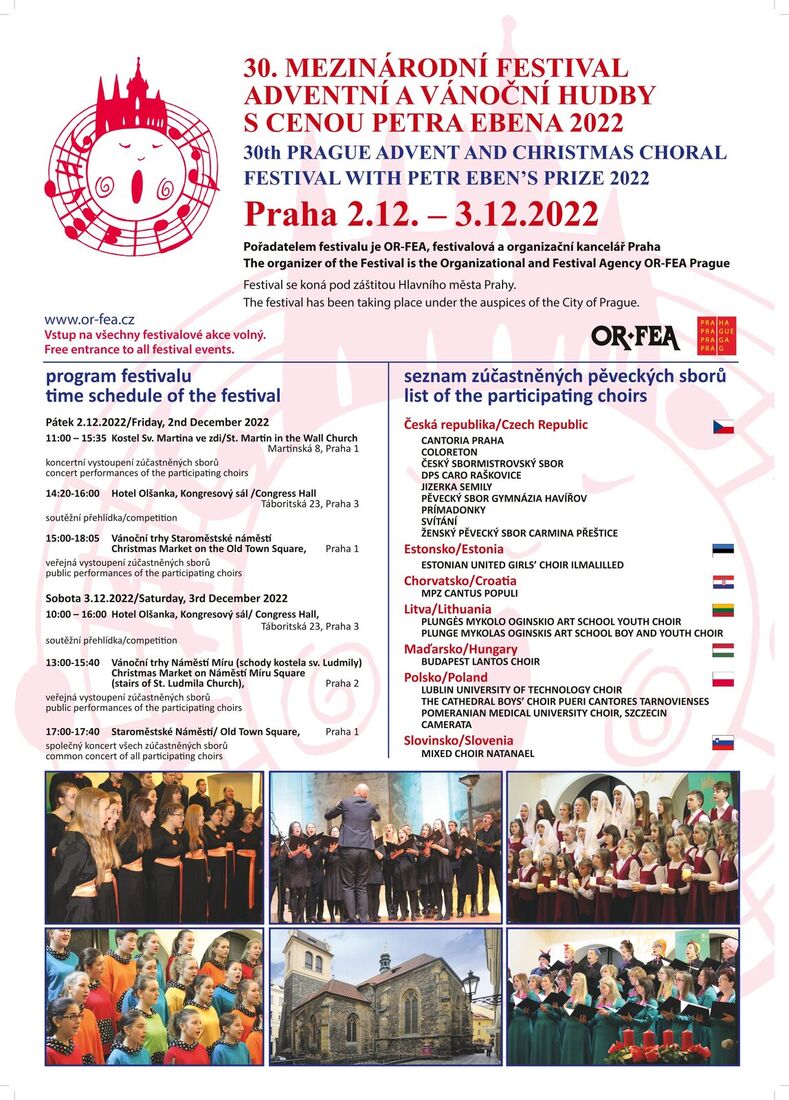